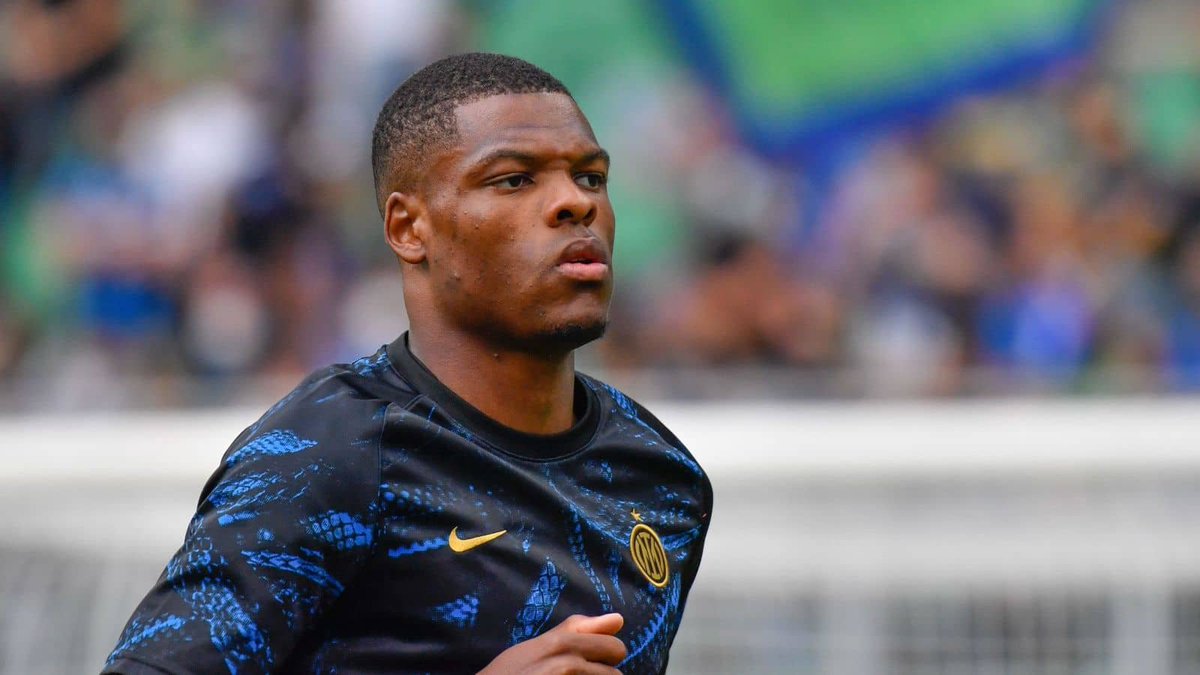 Two Premier League teams are in the hunt for Inter Milan defender Denzel Dumfries this summer. This is according to the various reports in the Italian media. It has been revealed that it could take around €40m to sign Dutchman Dumfries from Italian football side Inter Milan.


Italian football giants Inter Milan are keen to balance the books and they were hoping to make this happen with the sale of Slovakian national team central defender Milan Skriniar, but PSG have not been able to meet the €80m asking price for the player. Skriniar has been linked with Premier League teams Tottenham Hotspur, Manchester United and Chelsea in the past transfer windows. However, PSG are the only team in the running for the Slovakia international. Skriniar is likely to stay at Italian football club Inter Milan after the immediate past Italian Serie A champions lost out to Juventus in the race to sign Brazilian player Gleison Bremer from Torino.

With Skriniar likely to stay at Inter Milan beyond this summer, Netherlands international Dumfries could be the next player in line for an exit to balance the books as reported earlier. Dumfries has spent one season with Inter Milan on the back of his move to the Italian football club from PSV Eindhoven in the Dutch top flight. He was signed by Inter Milan on the back of his impressive displays for his country at the Euro 2020 tournament last summer. The Italian football giants paid €13.7m for Dumfries when they signed him at the start of last season and they will most likely make a big profit from him if he leaves the club this summer. Manchester United have been linked with Dumfries in recent days and Italian media outlet La Gazzettadello Sport recently stated that Chelsea are also keen on signing the Dutchman.

Inter Milan have already signed Raoul Bellanova from Cagliari as a possible replacement for Dumfries if he leaves the club.