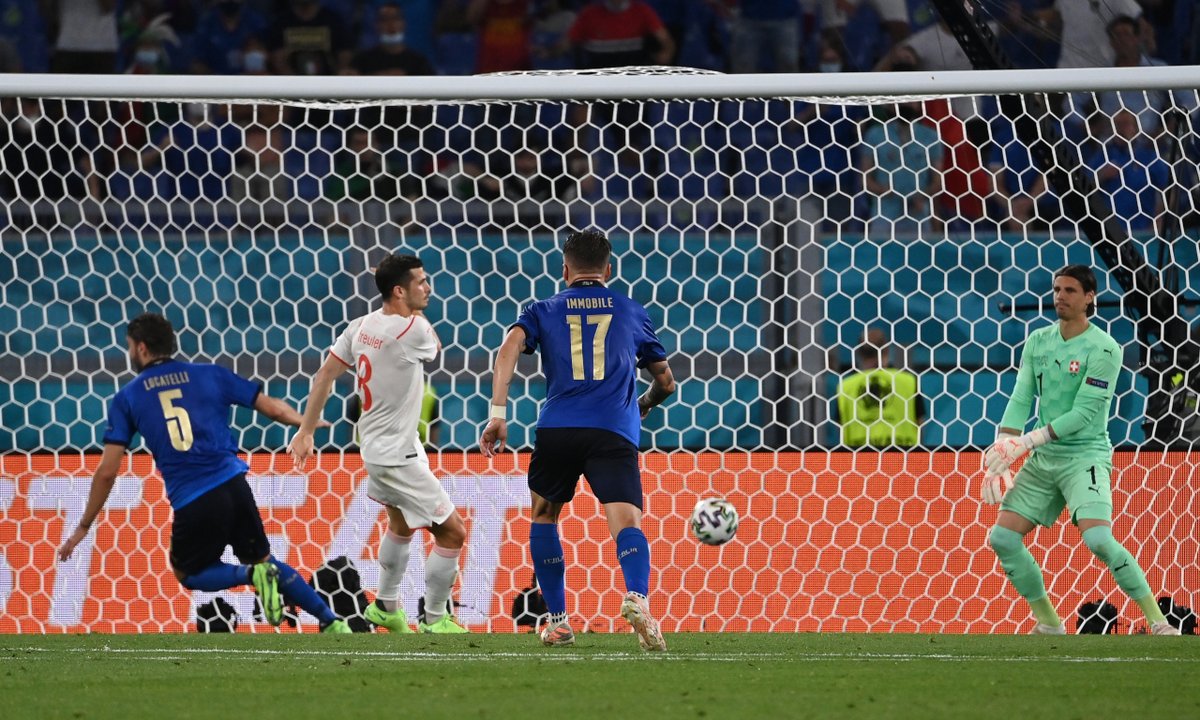 Mancini has been able to take Italian football to the top of European football once again. The Italian football manager and his players came into Euro 2020 on the back of an amazing run of eight successive wins without conceding a single and they made it nine straight victories with the emphatic 3-0 win over Turkey in the opening game of the Euro 2020 tournament played at the StadioOlimpico in Rome.

The Turkish players held out for the first 45 minutes before Italy ran riot in the second half thanks to goals from MerihDemiral (own goal), Ciro Immobile and Napoli skipper Lorenzo Insigne.

Italy then made it ten straight wins without conceding a goal after recording another 3-0 win in their second game of Euro 2020 to book their place in the knockout stage. Italian football is on the rise as highlighted by the goals from Sassuolomidfielder Manuel Locatelli against Switzerland either side of the break to give Italy a two-goal lead before Lazio striker Ciro Immobile wrapped up the comprehensive victory. Locatelli had never scored a brace in his football career until the Switzerland game and his goals ensured that hosts Italy are the first team in the knockout stage at Euro 2020.