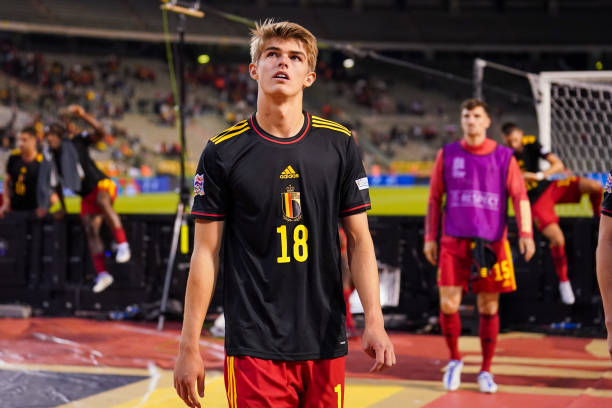 Premier League side Leeds United have reportedly joined Italian football club AC Milan in the race to sign Club Brugge midfielder Charles De Ketelaere in this summer’s transfer window. This is according to Sky Sports Italia transfer experts Gianluca Di Marzio and Fabrizio Romano. It was revealed that Italian football giants Milan will have to fend off the interest of Leeds United to get their man.


AC Milan are keen on signing the Belgian international star, but the €30m asking price is the problem for the Italian Serie A champions. At the moment, the Italian football giants are not able to flex their muscles in the transfer market due to delays in the club’s takeover and signing directors Frederic Massara and Paolo Maldini to new deals.

Leeds United and AC Milan had contrasting results at the end of the latest league season. Milan won the Italian Serie A title for the first time in over a decade as they finished two points ahead of defending champions Inter Milan, while Leeds United battled with relegation for the majority of the final months of the season before they stayed up on the final day. Their Premier League status was sealed by the 2-1 away win over nine-men Brentford with Raphinha and Jack Harrison getting the goals for the visitors.

De Ketelaere has been dubbed the Kevin de Bruyne and he’s very versatile. The Belgian player is able to play as a trequartista behind the striker, as a false nine or on the right wing. The Club Brugge youth academy product has two years left on his contract with the Belgian top flight team at the moment. He scored 18 goals and produced ten assists in 49 games this season. The player has one goal in eight games for Belgium at the age of 21.