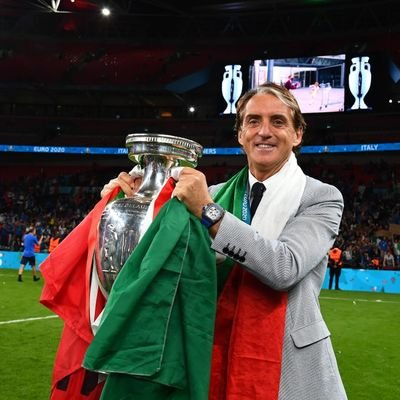 Roberto Mancini, the current manager of the national team Italy, has much to say about Italy’s failure to qualify for the World Cup twice in a row. He hopes that his country never misses out on participating in the forthcoming World Cup tournaments. He admits that EURO 2020 was a win that was like a full circle achieved for the Sampdoria team. This was especially so since they had lost in the finals of the European Cup at the same venue, Wembley Stadium.

Azzurri’s team is being forced to watch the current World Cup from the sidelines this year. When the playoffs happened in March they lost out to North Macedonia. Initially, they had finished second in the qualifying rounds, just behind Switzerland. Mancini informed the media that the national team was very disappointed for not qualifying this year. Italy is a team that has always been a top contender in the World Cup. This had been the trend before 2018 and had been so since 1958. There had not been an instance when Italy missed out on participating in the World Cup, twice in a row.

Italy is also the reigning champions in Europe, especially after they beat England in the finals of EURO 2020. At that time Mancini was in the program along with Gianluca Vialli who is his old teammate from Sampdoria. Mancini as a manager of the national team saw them through the win in Serie A in 1991 and in reaching the finals of the European Cup in 1992. The win that the national team obtained at Wembley was a much-needed one for the team’s morale.

His old teammate Vialli being on his staff has helped make their friendship stronger. Vialli was under treatment for cancer when the buildup to Euro 2020 happened. When they embraced at the final victory it was a special moment for both friends.